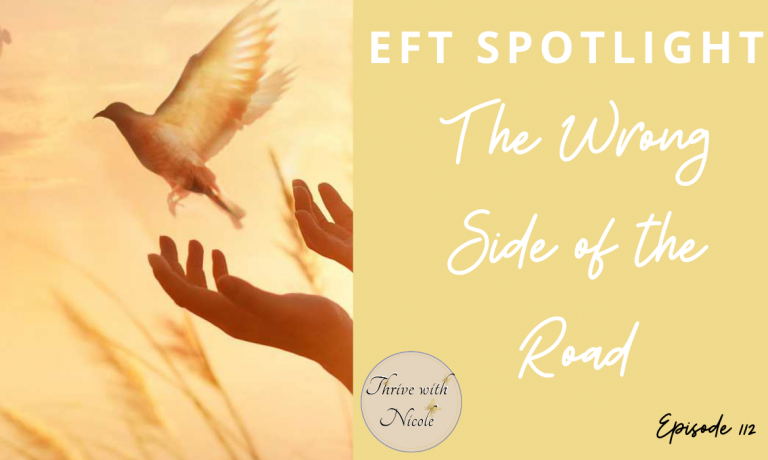 Ep112 EFT Spotlight – The Wrong Side of the Road

EFT Tapping is such a powerful modality and tool to have in your toolbox, I am going to share with you areas and ways you can start to use EFT Tapping in your life.

In Today’s episode of EFT Spotlight – The wrong side of the road.  I am going to share with you an experience one of my clients had whilst driving and how EFT Tapping was able to free her to be able to get back in the car.

(Details have been changed to protect the privacy of my client)

This is because her driving instructor has dual controls for the car and this always makes her feel safer.  So her anxiety levels are already heightened due to this.

On this particular day Josie was driving around her local streets, feeling okay but a little anxious.  Her dad tells her where to turn as usual but for some reason on this one corner Josie turned onto the wrong side of the road and came face to face with a car coming in the opposite direction. 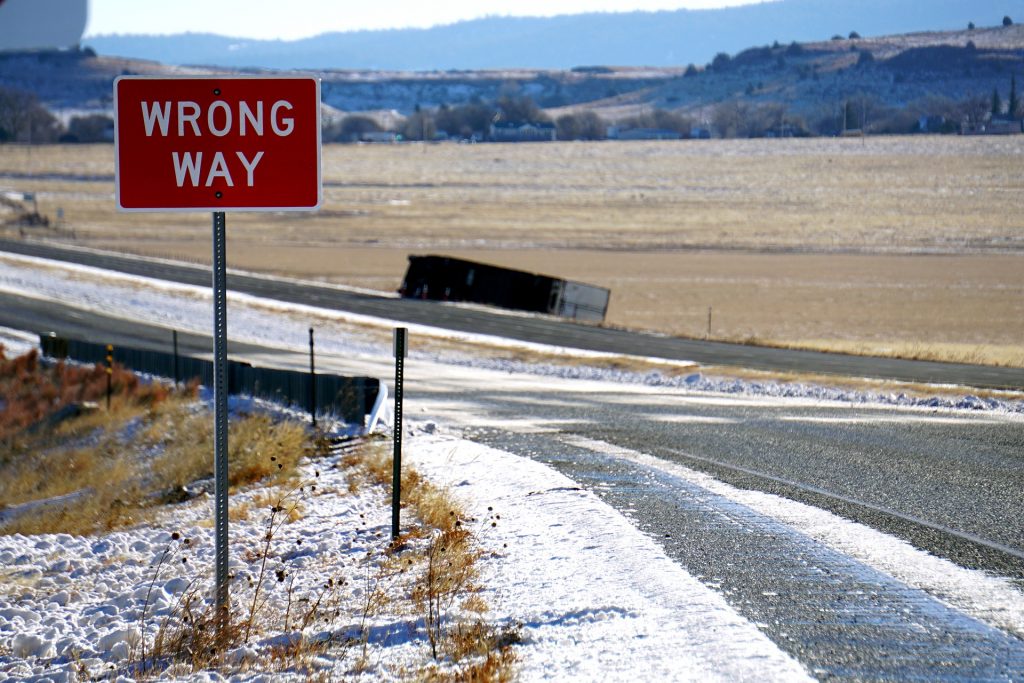 Josie was very close to been involved in a head on collision, she was able to quickly move out of the way of the other car, pulled off to the side of the road and burst into tears.

Josie was feeling so scared and filled with such high levels of panic.  Luckily her dad was still calm and said he was proud of her for been able to move the car back on to the correct side of the road.

Her dad then asked her if she wanted to drive home and Josie said yes.  As she arrived home it was clear she was in a heighted state from the experience and burst into tears again as soon as she saw her mum.

This is a very potent moment and it could go 1 of 2 ways, Josie can suppress the feelings and have it affect her ability to continue to learn how to drive and eventually get her drivers licence or she can work on releasing the feelings, emotions, body sensations and emotional charge of the event to ensure it does not have a lasting affect on her driving future.

Much to my delight her mum contacted me immediately to arrange an EFT Tapping session.

Eventhough I am feeling scared I accept myself and how I feel
Eventhough I am feeling scared I accept myself and how I feel
Eventhough I am feeling scared I accept myself and how I feel
Scared
Scared
I feel scared
Scared
Scared
This scared feeling
Scared
So scared
A check in with Josie revealed her scared feeling had dropped from 10/10 to 5/10.  So we continued with another round on her scared feeling and it then dropped to 1/10.
I always like to see the intesity or SUD rating as we call it to drop below 3/10 before moving on.  The energy continues to shift and release out on its own, so this is always our goal.
I then asked Josie to take me through the event with what we call ‘the movie technique’.  This technique is a great way to use EFT Tapping in a gentle way without re-traumatising the client.
I had her share with me the full story, going from just before the event and then had her stop when an emotion surfaced.  We tapped on each emotion until she could tell me the full story without any emotional charge.
Some of the emotions that surfaced where scared, panic, frightened.  By the end of the session each of those emotions had been neutralised and I asked Josie to think about the event and it no longer had any emotional charge attached to it, it was now just something that happened.
This is also our goal in EFT Tapping, for a memory to be just that.  As one of my favourite quotes from Dr Joe Dispenza says “Wisdom is memory without the emotional charge”.
I heard from Josie’s mum later that day and she was in awe, as am I every time with the effects of EFT Tapping.  She told me that Josie had wanted to go out driving, so her mum took her out and she was absolutely fine, no sign of any fear or panic or even anxiety as she was driving.
Can you imagine if Josie’s mum had not reached out to me in that moment, where that would of left Josie?
Josie would be carrying around this fear of driving and may have stopped driving completely and then say 10 years from now when asked the question ‘why don’t you drive?”
Josie may not even be able to remember why, but just knows every time she thought about driving her body responded in a way that would tell her it was not a good idea.  This is her body’s way of protecting her from the trauma she had experienced all those years before.
I have been a Certified Clinical EFT Practitioner for 4 years now and the results still amaze me every time.
I trust sharing the EFT Spotlight with you has helped you to start to see the amazing benefits of adding EFT Tapping to your tool box, both for you and your children.

Learn more about EFT Tapping and try it out for yourself: